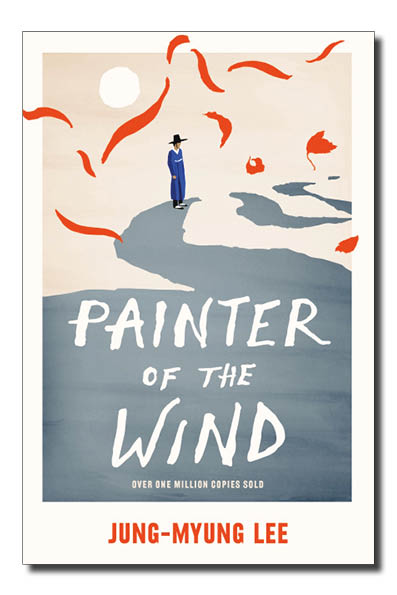 Painter of the Wind (Upcoming)

A heart-wrenching and gripping novel with over a million copies sold!

Painter of the Wind is a masterful novel that was adapted into a popular, award winning South Korean TV series. This gem of a book also delights readers with a rare collection of thirty-four colour paintings, including Shin Yun-bok’s Portrait of a Beauty and Kim Hong-do’s Wrestling.

Set in the late eighteenth century during the Joseon Dynasty, Painter of the Wind is the story of renowned Korean court painter Shin Yun-bok as recounted by his teacher, confidant and friend—genius court painter Kim Hong-do. When Yun-bok experienced difficulties fitting into the Royal Academy of Painting, constrained by its traditions, Hong-do, who discovered Yun-bok’s inherent talent for painting, shielded him and did his utmost to retain him in the royal academy.

Both Hong-do and Yun-bok were later expelled from the royal academy. However, King Jeongjo issued them a secret order: uncover the truth behind the deaths of senior court painter Kang Su-hang—who had painted the portrait of King Jeongjo’s father, Prince Sado—and Hong-do’s colleague, court painter Seo Jing, who died while probing into Su-hang’s death. As the duo dived deeper into the murders, they uncovered dark and shocking secrets. And unbeknownst to them, a peculiar relationship had slowly developed between them.

Jung-Myung Lee is the author of Painter of the Wind (forthcoming, 2021), which has sold over a million copies in South Korea and was adapted into a successful TV series. A celebrated writer of historical fiction, Lee’s books have sold millions in South Korea. Other books he has written, which have been translated into English, include The Boy Who Escaped Paradise and The Investigation, which was nominated for the Independent Foreign Fiction Prize.

Hannah Pang received her BA in geography from the National University of Singapore, and her MA in international studies from Korea University in Seoul, South Korea. She has received a translation grant from the Literature Translation Institute of Korea to translate South Korean poet Moon Tae-Jun’s poetry collection titled A Faraway Place. Her translations have been published in The Guardian. She also translates non-fiction.

Stella Kim has a MA in East Asian languages and cultures from Columbia University and a MA in interpretation and translation from Hankuk University of Foreign Studies. She is a winner of the 2014 LTI Korea Award for Aspiring Translators, the 2016 Korea Times Modern Korean Literature Translation Award, and multiple LTI Korea translation grants. Her translations have appeared in Asia Literary Review, ASIA Magazine, Asymptote, Korean Literature Now, and others. She is a member of Smoking Tigers and works as a freelance translator and interpreter.