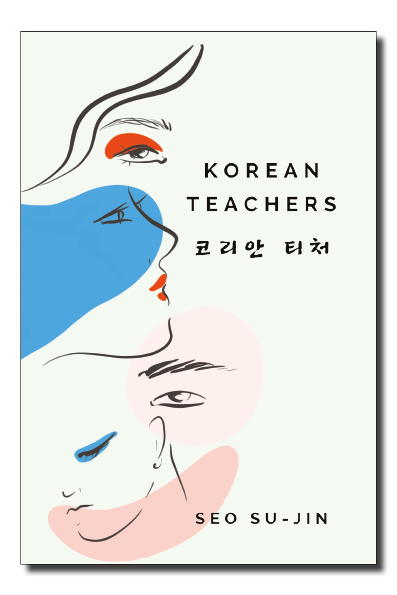 Winner of the Hankyoreh Literature Award, Seo Su-jin’s debut novel follows four Korean language lecturers at Seoul’s prestigious H University over the course of an academic year. Readers will spend one season with each of the four protagonists—Seon-yi in the spring, Mi-ju in the summer, Ga-eun in the autumn, and Han-hee in the winter—getting a close glimpse into the challenges and joys of sharing a new language and culture with students from abroad.

As readers delve into the story of each woman and the unique paths they have chosen to become a Korean lecturer, they watch Seon-yi, Mi-ju, Ga-eun, and Han-hee deal with a myriad of social and ethical challenges that accompany their job and their personal lives. From asserting themselves as modern-day career women braving sexism from both students and coworkers, to the shocking revelation that students, too, are treated unfairly as some are deemed to be more ‘desirable’ than others by H University. Some of the teachers had to bow to these pressures, but what fate would befall those who fought against the grain? Each of these women must ultimately find her place as a conduit between her students and an increasingly multicultural Korean society.

Praised as a novel that questions why highly educated women are still facing the formidable hurdle of ‘becoming somebody’ in Korean society, Korean Teachers is gratifyingly piquant as it skillfully peeks into the lives of contemporary women and how they challenge the societal norm where gender discrimination is ever so prevalent.

Born and raised in Seoul, Seo Su-jin received her BA in Korean literature from Ewha Womans University and her MA in creative writing from Myongji University. She is a certified Korean language lecturer and has taught at several universities in Seoul. Her debut novel Korean Teachers won the 25th Hankyoreh Literature Prize in 2020. In 2021, she published the novella Gold Rush as well as the novel Yujin and Dave in Hyundae Munhak magazine. Su-jin now lives in Sydney, Australia, and her next novel Summer Hill High School will be published in 2022.

Elizabeth Buehler is a PhD student in comparative literature at Harvard University. Her previous translations from Korean include Yun Ko-eun’s novel The Disaster Tourist and short-story collection Table for One.