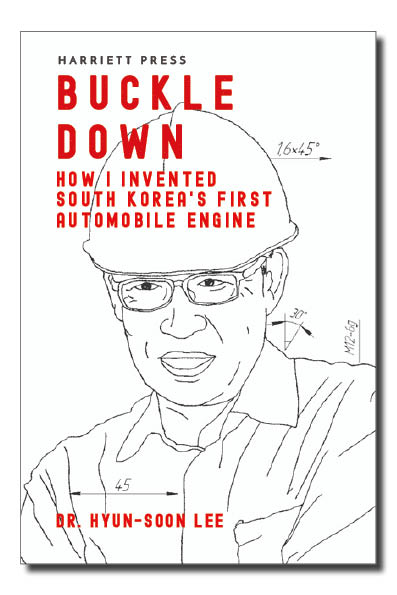 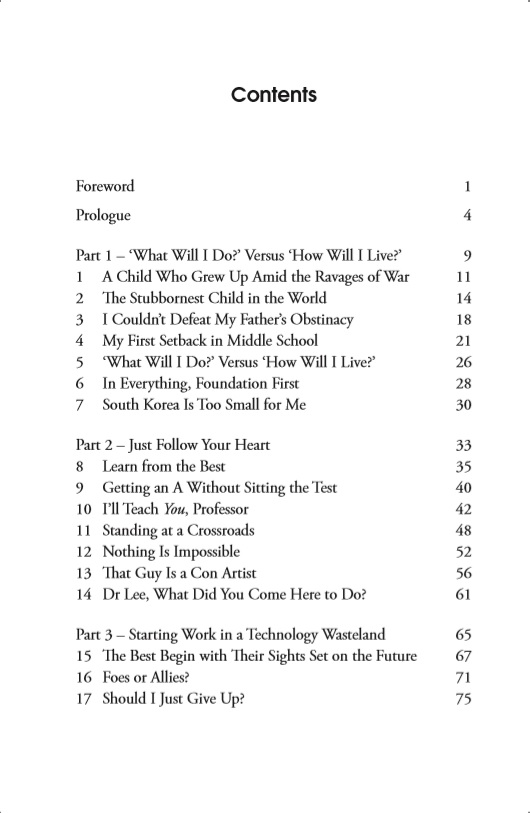 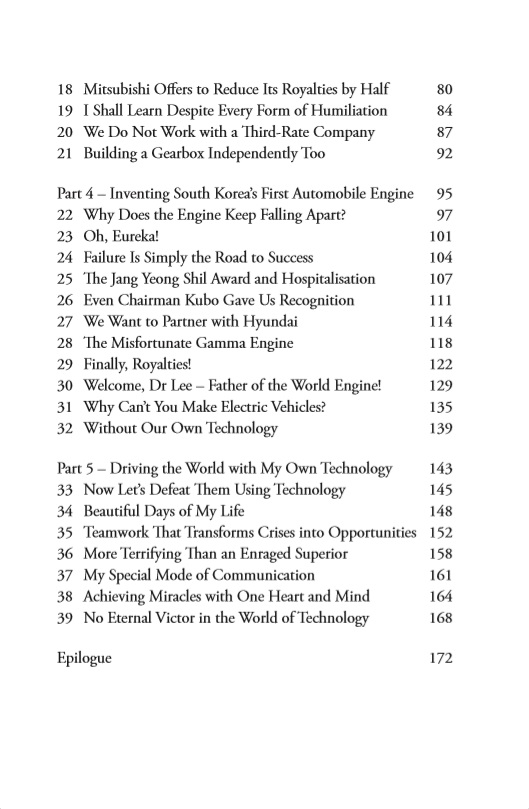 Buckle Down: How I Invented South Korea’s First Automobile Engine

Get e-book from Amazon or Kobo

“Chairman Chung believed that Hyundai Motors had to prioritise technological independence if they were to develop their automobile business. However, there were considerable objections within the company. There were many people who thought that it was impossible to build engines on our own. Engineers, too, balked at the idea.”

Buckle Down recounts the full history of how Dr Hyun-Soon Lee, a young and inexperienced South Korean engineer, left an enviable job at General Motors in the United States and moved to Hyundai Motors in South Korea to take up the daunting challenge of inventing South Korea’s very first automobile engine in the 1980s. Dr Lee’s heartfelt stories of dejection and tenacity, which have remained untold until now, will help young adults seeking purpose in their lives to awaken to the value of an authentic life, and will inspire engineering students and professionals to embrace life’s seemingly insurmountable challenges.

Praise for Buckle Down

“A legend in South Korea’s automobile industry, Dr Hyun-Soon Lee has had countless success stories as a result of a pioneering spirit that spearheads change without being afraid of failing. If we always have dreams and think positive, like Dr Lee did, we’ll definitely succeed.” ~Byeong-Wan Park, former president of the Korean Society of Automotive Engineers

“South Korea joined the automobile industry a hundred years later than other countries. One of the reasons that Hyundai Motors could thrive and become one of the world’s five largest automobile companies was because Dr Hyun-Soon Lee took up the challenge to develop engines – the heart of the automobile.” ~Woong-Cheol Yang, vice chairman of research and development at Hyundai Motor Group

“One of the reasons people avoid science and engineering is because there are few role models in this industry. I believe that Buckle Down – a story about how a first-generation engineer revivified South Korea – will serve as a signpost to engineers who have lost their goal and direction in life.” ~Joon-Yang Chung, chairman of the National Academy of Engineering of Korea

Dr. Hyun-Soon Lee is currently the vice chairman and chief technology officer of the Doosan Group. He began his professional career at the General Motors Research Institute, before leaving to join Hyundai in 1984.

During his career with Hyundai, Dr. Lee was instrumental in developing the first engine produced by Hyundai, also known as the α-Engine, and the development of the β-Engine.

Hannah Pang received her BA in geography from the National University of Singapore, and her MA in international studies from Korea University in Seoul, South Korea. She has received a translation grant from the Literature Translation Institute of Korea to translate South Korean poet Moon Tae-Jun’s poetry collection titled A Faraway Place. Her translations have been published in The Guardian. She also translates non-fiction.