Translation is impossible. That’s what I hear in the back of my head every time I sit down in front of my computer. Today I ponder what to do with Korean words, which, when translated into English, contain names of other countries. Take, for instance, the word “패랭이꽃” (paeraengi kkot). It’s a type of wild flower native to China, Korea, Mongolia, and southeastern Russia, according to Wikipedia. 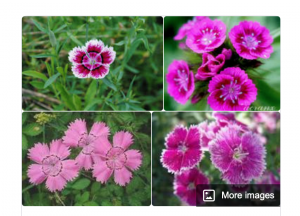 (A screen shot of Google search of paeraengi kkot)

The flower paeraengi kkot was named so because its shape resembled paeraengi, a type of hat that male merchants used to wear in Joseon Korea (though I can’t really see it). 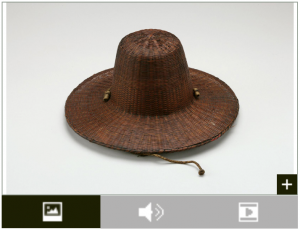 (A screen shot from the Encyclopedia of Korean Folk Culture)

In any case, despite the very folksy name it has in Korean, the English term for this flower is “China pink.” Some might not think about this twice, because this is the name of the flower. But I hesitate. I wonder if the insertion of the word “China” in the flower would confuse English readers and have them wonder whether the story is set in Korea or China. That’s probably me being overly concerned. Then I wonder, what if readers think that this is some flower that came from China when it is native to Korea too? What if readers think that even in Korean the flower is called China pink? Is that okay? After thinking about all this, I decide to just call the flower ‘pink’ for the moment.

The fruit, “매실” (maesil), is closer to an apricot than plum, but maehwa is generally translated as “plum blossoms”. Handling this term is a bit easier, because I’ve already thought all I need to on the matter from looking up paeraengi kkot. I decide to go with plum tree and plum blossoms, all the while part of my brain keeps on telling me that maesil is different from the plums that English readers are familiar with.

Flora and fauna native to East Asia have been named in English by people who mostly discovered them from China or Japan, two major superpowers today. So it’s understandable that a tree native to both Korea and China was discovered first in China, what with Korea being closed off to the Western world for a long time. And they would’ve looked at paeraengi kkot and thought, “Hm, that looks like a pink, but we haven’t seen specifically that type of pink. I know! Since this flower is from China, I should call this China pink.” It makes flowers that people haven’t seen more familiar to them, as people would know what a “pink” looked like, yet it also adds a hint of exoticism.

I wonder if similar things happen when an English book is translated into Korean—are words localized? Or are they transliterated? The few I’d consulted mainly seem to transliterate and add footnotes or parenthetical explanations. What about books from different languages translated into English? But then again, what country in the world is similar to Korea, which had been China’s vassal for a long time and even as a sovereign country paid tribute to China in an acknowledgement of China’s strength?

But I can’t change words or add enormous footnotes to the terms I’d like to explain, so I move on.