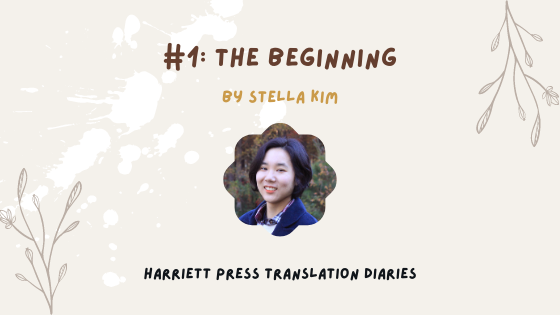 One of my favorite quotes about translation comes from Umberto Eco: “Translation is the art of failure.” No matter how well something is translated, it can never capture the original text in its entirety. This quote lingers in my head as I work on translating Painter in the Wind (바람의 화원). My first draft is always full of Korean words I don’t look up, and it’s a literal translation that helps me get a sense of the book as a whole. But translating historical fiction involves an additional step that isn’t usually required by contemporary fiction—understanding the complexities of the time in which it the story is set.

That additional step requires (at times, rather extensive) research. The first sentence in the book that I translate is “아버지의 화실은 꿈을 그리는 공장이었다.” Literally, “Father’s atelier was a factory where dreams were painted.” Then I hesitate, wondering whether the term 공장, or factory, was the correct one in the Korean, considering that this story is set in the late 18th century Korea. The Naver Korean dictionary gives 10 different definitions of the term, each with different Chinese characters with the exception of the last one, which is Jeju dialect and therefore does not have corresponding Chinese characters. Of those, only one—the one meaning factory, a place with manufacturing facilities—makes sense in the given context. Then I google the word to see whether there were factories in Joseon Korea. It turns out there were—these were places run by craftsmen who belonged to the government. Then just to make sure, I look up the term “factory” to see when the English term began to be used and find out that the word “factory” came into use around the early 17th century. Then I think “mill” is another term that could be used instead, as it has been around for longer than “factory.” But then again, unless it’s preceded by “steel” or “silk” or some other descriptive term, the default definition for mill is a place equipped with machinery for grinding grain into flour. “Workshop” could be another one, so I changed my translation to “Father’s atelier was a factory/workshop where dreams were painted.” Workshop could work, since most people would associate the word factory with heavy machinery and assembly lines that we are oh-so-familiar with today. But the word “atelier” already means a workshop, so perhaps that wasn’t what the author intended. Maybe he did mean that it was like a factory. So after ten minutes of research, I’m back to my original sentence: “Father’s atelier was a factory where dreams were painted.”

Not every sentence requires 10 minutes research (thank goodness), and some of the decisions are made in split seconds, like my decision not to use the term “plant.” But I make sure to note the importance of looking over even the most straight-forward sentences in detail for anachronism, among other issues.

Other words in the following paragraphs that stop me include: 도제, 아교, and 앞가리개. They’re not words often seen in Korean fiction with a contemporary setting. I can kind of deduce what they mean from the context—도제 could be apprentice; 아교 I’m unsure but something used for painting that is boiled; and 앞가리개 literally means front cover, but I think it refers to an apron. After translating a few paragraphs, I realize that I’m rather unfamiliar with discussing paintings—I studied Korean history but never art history. I sit and wonder about re-reading Girl with a Pearl Earring to get a sense of writing about art in English, as literary translation is akin to writing a novel in many ways. And I start researching books in English on traditional Korean art to get a better sense of writing specifically about traditional Korean art in English.

I’ve translated several pages since, but about 50 to 80 percent of every page is full of highlights that I need to come back to later on. Completing the first draft is going to be hard and challenging, but it’s also my favorite part in the entire translation process—where everything is new and exciting and I’m still trying to make sense of the world that is unfolding before me.