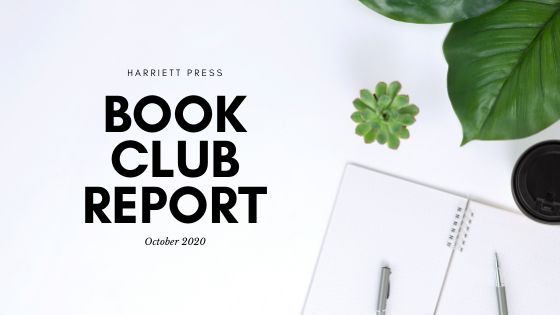 As with our previous meetings, the cafe was almost full when we arrived. Thankfully, though, we got seats for four at a round table soon after. Lesson learnt: a fairly large round table might not help facilitate small group meetings very well.

Most of us agreed that the pace of Go, Went, Gone was slower than we would like; two of us paused mid-way and caught up with other books before coming back to it again, while one of us has yet to complete reading the book.

That said, we had very meaningful discussions about refugees, approaches to cross-cultural discussions, the European/German identity, and so on.

Here are some of the questions that arose during our discussions:

For the month of November, we’ve decided to read the late Japanese writer Osamu Dazai’s No Longer Human.

*Harriett Press’s Translated Literature Book Club is a monthly book club that meets to exchange thoughts on a translated book selected for the month. Anyone is welcome to join us!⁠ Find out more about book club meetings by following us on Facebook and Instagram!