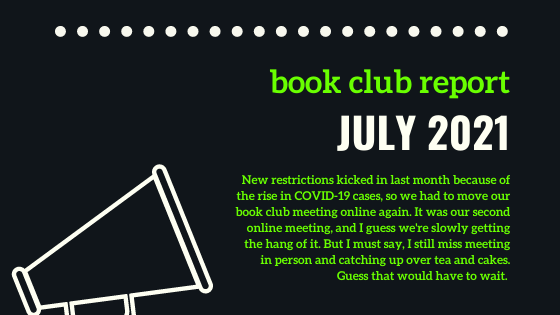 New restrictions kicked in last month because of the rise in COVID-19 cases, so we had to move our book club meeting online again. It was our second online meeting, and I guess we’re slowly getting the hang of it. But I must say, I still miss meeting in person and catching up over tea and cakes. Guess that would have to wait.

For the month of July, we decided to read the English translation of Malay novel The Widower, written by Singaporean Malay writer Mohamed Latiff Mohamed. Mohamed is a prolific poet and writer in the local Malay literary scene and has won numerous accolades, including the Singapore Literature Prize, three times. The novel was translated by another well-known local writer, Alfian Sa’at.

So what’s this book about in our own words? The Widower is a stream-of-consciousness narrative about a widower’s descension into madness. Structurally, it’s fairly consistent, oscillating between the present, where the protagonist is grieving after his wife’s passing, and his past as a political detainee for 17 years. Some readers might find the protagonist’s back-and-forth internal philosophising single-dimensional and repetitive.

Stylistically speaking, the political and religious themes of the novel seem underdeveloped and might come across as too abstract for readers. (I guess this is where book clubs come into the picture to provide the space for readers to discuss and explicate abstract themes and dive deeper into underlying subject matters. So come and join us!) It’s funny how our discussion touched on various topics like the the role of media in reinforcing certain narratives, trauma, mental health, and the lived experiences of minority groups in Singapore.

We also talked about the similarities between this novel and Yeng Pway Ngon’s Unrest, which we discussed in March. Both writers are second-generation writers in the Malay and Chinese literary scenes, both tackled the issue of political struggles/detainment, both novels had characters who were obsessed with love and sex (is it a male writer thing?), and both also explored the impact of political detainment on detainees in the long run. 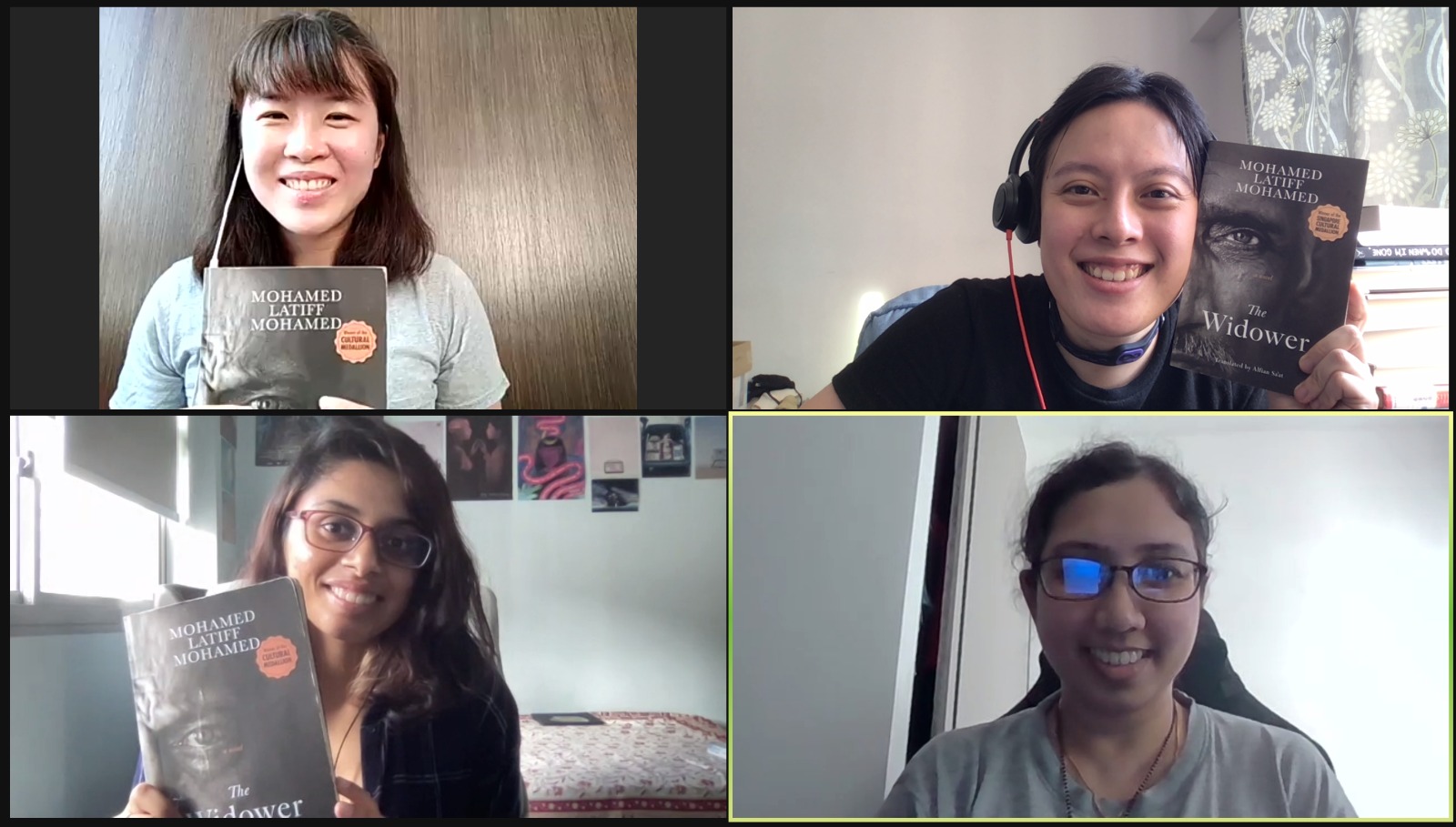 Here are some questions we discussed:

August is #WomeninTranslation month! So we’ve decided to read a translated novel by a woman writer: Samanta Schweblin’s Little Eyes. Do you know that August is also the one-year anniversary of our book club? Come join us and celebrate the camaraderie we’ve forged over the past year while reading translated literature. For more details on our August book club, follow us on Facebook, Instagram and Twitter!

*Harriett Press’s Translated Literature Book Club is a monthly book club that meets to discuss a translated book selected for the month. Anyone is welcome to join us!⁠ Find out more about book club meetings by following us on Facebook, Instagram and Twitter!